From snowboarding to motion, music, and robotics

Recently while browsing my favorite robotics magazine I started reading an interview with Travis Rice, previously unknown to me, promoting his recent film The Fourth Phase. It’s usual that athletes mention issues interesting to robotics when talking about their body and the challenges involved in particular stunts, which is the reason why RB in fact is my fav’ed robotics mag in the first place. What struck me about this interview, though, is that Travis just didn’t stop dropping major agreeable insights about motion and environments and possible responses of an agent. Sorry for the german text, here’s the english version of the interview which seems nicer in the formulations anyway ;) 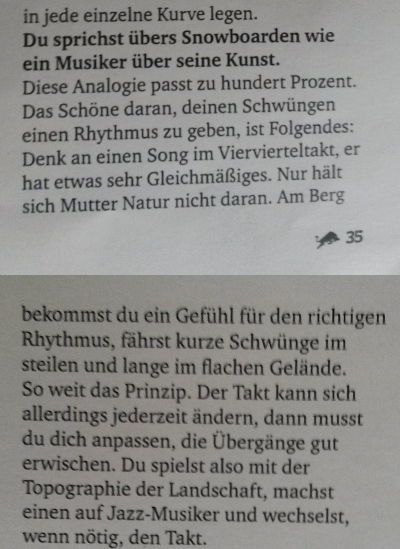 This is about adaptive rhythms which play with the topographic situation and the transitions between local configurations, the result being a combination of the influences of the environment and the individual response. The same evaluation criteria seem to apply for music and motion in terms of the groove. Would be nice if we could capture that as a loss criterion for learning motions, like, what is a nice dance for a given song. 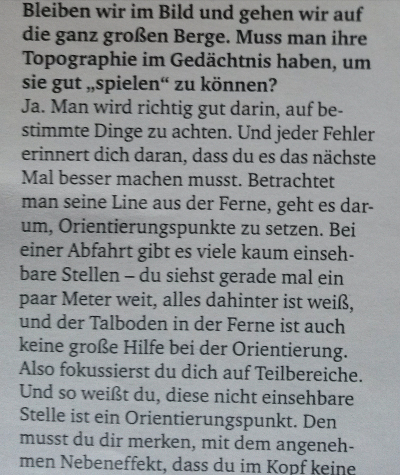 First we need errors to do any actual learning, no problem. Then this is about picking salient features of the topography, landmarks, as reference points to attach triggers for specific action sequences.

Adequate reaction speed requires a flow-state which means very little or zero conscious participation in the motion control. Not sure about the fear stuff in the context of robotics. Finally, mental simulation is being used for finding an action sequence that copes with some topographic situation and is being pushed down during the simulations into low-level action control. 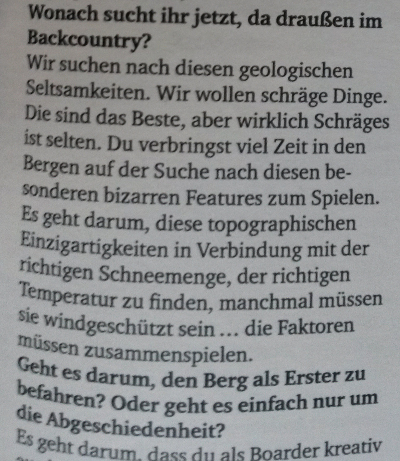 This is about search criteria where you are trying to find features that provoke motion solutions which are supposed to be rewarding in the musical sense, which provides inspiration for interesting exploration objectives for robots (“… geological oddities. We want weird. Weird is good”). Actively seek out environmental and perceptual challenges such that entirely new behaviour needs to be generated in response. 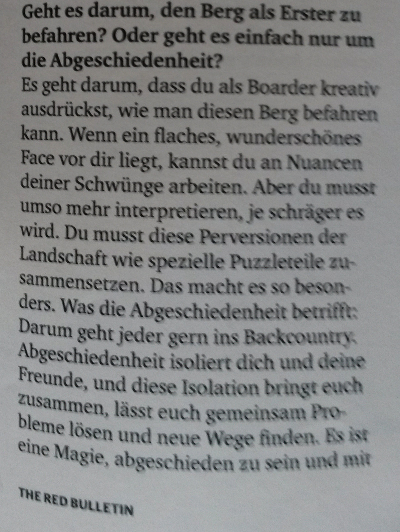 Finding an answer to weird and unusual environmental stimuli that you have sought out earlier using the weirdness search objective.